We all see bizarre events taking place on a daily basis. Half squats are performed above parallel in running shoes and low carb/fat/protein/GMO/meat/ingredient/everything-you-can-possibly-think-of diets are promoted as the “best diet” or “healthiest diet” out there. Round back deadlifts are praised and we all know the guy who leg presses the entire stack of plates with his girlfriend on top. Good coaches, bad coaches, healthy diets, unhealthy diets, proper form, improper form, the list is endless. What do all these things have in common? They all have a different definition depending on who you ask.

This article is not about “right” and “wrong” or about “good” and “bad.” This purpose of this article is to provide some insight as to why people do things despite evidence to the contrary. I am not the type of person to make New Year’s Resolutions, but every year, at some point between January and March, I invariably come up with some sort of change I would like to make and I ultimately commit and follow through with that change. The complete shift may not happen in one calendar year but progress is usually made and continues for years to come. This year the bad habit I wanted to kick was trolling. For those of you who are unfamiliar with the term, trolling refers to communicating negatively about a topic that you disagree with. This could include a person, diet, exercise, political affiliation, religion, shoe size, jock strap brand, you name it.

We all put in time, effort, and energy into mastering our craft and learning what to do and what not to do. This is useful, productive, and essential to the evolution of human existence. However, one thing that happens in our perfectionistic pursuit of achievement is that we begin noticing things that we have discovered were “less than perfect” along the way. Like the superheroes we all secretly aspire to be, we want to immediately shun these things out of existence in our pursuit for justice and a better planet.

After making this informal resolution to stop trolling, I attended ASU’s 11th Annual Building Healthy Lifestyles Conference, which I also helped organized. The theme this year was “Nutrition Facts, Fads, and Fallacies.” There were several well regarded researchers in the areas of Exercise Science and Nutrition, with the topics and research falling within these areas. All except 1: Religion. Wait, what? Did you just say Religion? Well, yes I did and trust me this is not a solicitation. Dr. Alan Levinovitz, Assistant Professor of Philosophy and Religion at James Madison University and author of The Gluten Lie spoke to us about religion. His discussion was not about a particular religion, but about how nutrition and exercise beliefs closely resemble religious beliefs. As someone who published material debunking myths and was speaking at a conference of this very theme, he enlightened me with his experiences. He told a story where he read about a diet fad and could not wait to write an article to rip it apart. Following publication of his analysis, he came to learn that people actually hated it; except his followers of course. He informed the crowd that he was essentially preaching to the choir and that those who believed the myth viewed him negatively and disregarded his analysis. 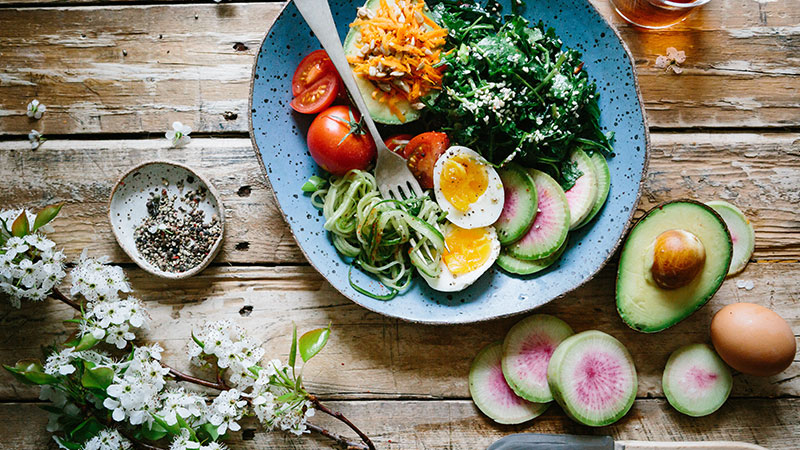 If I had a penny for how many times I have observed this phenomenon I would be writing this article from Stark Tower. We all have that relative, friend, or coworker who has told us that some food, nutrient, or training program is “the best” or “the worst” for you. We typically bite our tongues, nod our heads, and continue along the way. We watch this person spend exorbitant amounts of money on products, special foods, services, etc. and nothing we say can ever change his or her opinion. Even when the diet starts affecting his or her physical state, the reasons are usually attributed to everything except the diet. The same is also observed in the gym. How many of us who have trained at commercial gyms see the same “morning crew” (or evening) on the stairclimber, with the same weight loss goal, and still weighing more or less the same. They may have even seen you, years after you ventured away from this environment, displaying the results of your hard work. This could be in the form of lifting heavier weights, losing body fat, or gaining muscle mass. Even after demonstrating that you have achieved your goals using an effective method, the most you might get is “wow that’s so great” and then they will continue with the same stair climber routine they have been following for years. We all know that nothing we say will ever change the minds of these people. The question that still remains is: Why?

While we will never really know the exact mechanism, there is one explanation that makes sense to me. Dr. Robert Cialdini, social psychologist and Professor Emeritus at Arizona State University, calls this the “Principle of Consistency.” This principle states that we as people develop a habit and need to be consistent in the things that we do. As a result, we develop the habit of being automatically consistent even in situations where it does not suit our best interests. Once we make up our minds about issues, decisions, and beliefs, stubborn consistency kicks in and allows us the luxury of no longer having to think about them. We no longer have to disassemble and organize these things in order to identify relevant facts. We simply just need to be consistent with our earlier decision. This is an efficient and convenient “shortcut” to process human thought. We surely don’t want to have to spend an hour trying to figure out if using a toilet is the best way to “go the bathroom” or worse if we should even go to the bathroom. However, this can become a problem when we find ourselves following ineffective programs for several years despite the lack of results.
In his book, Influence: Science and Practice, Dr. Cialdini tells of a story where he attended a Transcendental Meditation seminar in which two young men presented on the benefits of Transcendental Meditation. They made claims that Transcendental Meditation would provide benefits that ranged from “inner peace” to the ability to fly and pass through walls. He attended this seminar along with an academic colleague to observe the tactics used to sell these ideas, or in his terminology, obtain compliance. During the lecture, his colleague became restless and annoyed. During the Q&A session he raised his hand and proceeded to provide a logical explanation as to why everything that was said was complete and utter BS. The speakers, unable to defend themselves, acknowledged his points and simply responded that further study was needed.
The most interesting part of this story occurred after the event. Dr. Cialdini and his colleague observed the attendees lining up to make payments for admission into the program. Baffled, they thought that perhaps his colleague’s points were too complex for the audience to understand. However, shortly after, two attendees approached them and asked them why they attended the seminar. They gave an honest explanation and then asked the two attendees what their reasoning was. To their surprise, the attendees explained that they initially had no intention of spending money because they were broke. However, when Dr. Cialidini’s colleague made his arguments they stated that they were afraid that they would go home, think about his arguments, and never buy admission into the Transcendental Meditation program! This sounds illogical and crazy but the need to be consistent with their past beliefs and decisions triumphed over any logical explanation that challenged them.
So where does leave us in an industry full of misinformation? Do we just stop sharing our knowledge with the world because nobody is going to believe us? On the contrary, we continue to share our knowledge with the world just as I have here. This brings me back to Dr. Levinovitz’s presentation back in March. The closing statement really hit home and further fueled my own commitment, and yes, need for consistency, to stop trolling those I disagree with. “Do not try to convince people to change their minds, rather share information and leave it up them to decide what they want to do with it.”