The Role of Strength In Bodybuilding

It’s June 1st, you’re an 18 year old male, and just graduated high school.  You are no longer participating in competitive endurance sports and have experienced off season weight gain in the past.  The difference this time is that there will not be another season.  This is because you are not athletically gifted and still perform at a mediocre level despite the years of hard work you’ve put in.  You do, however, possess a passion and love for physical activity.  You know that you need to do something to “stay in shape,” “be healthy,” or “look good naked.”  So you pop open a copy of Men’s Fitness or check out bodybuilding.com to see what needs to be done to achieve these things.  You look at the cover of Muscular Development and decide that those guys are “too big” or “too freakish” and you’d be completely satisfied looking more like the a fitness model.

So one of the first things you learn about bodybuilders is that they don’t concern themselves with the amount of weight lifted and focus more on the number of reps completed and the number of sets and exercises per muscle group.  They train muscle groups because their focus is on aesthetics.  You even read that bodybuilders are weaker than powerlifters despite having much larger muscles.   Upon looking in the mirror or taking photos you come to the conclusion that although you don’t want to look like a bodybuilder, these fitness models still have larger muscles than you do, weigh more than you do, and are leaner than your are. It’s only logical that you need to build muscle so therefore you should train like someone whose focus is to build muscle.  After all your buddy with the 17″ arms trains like a bodybuilder and he looks good.  Once this realization sets in,you select a program that is composed of both single and multi joint (hopefully) exercises and keep the repetitions between 8 and 12 repetitions.

This is where things get interesting.  For the sake of this discussion, lets assume our case study above is 5’9″ 160 lbs and 17% body fat.  He is a former high school runner with average performance metrics and has a standing vertical jump of 24.”  Based on this data, he has somewhere around 130-135 lbs of lean body mass at baseline.  It’s unlikely that he will ever be a 200 lb, 9% body fat lifter despite what he may have read on the internet.  In short, the more muscle you start out with the more you will likely finish with.

So our hypothetical case study isn’t very big, isn’t very explosive, and isn’t very lean.  Now let’s talk about strength.  This fellow is going to start his workouts doing 8s and 10s having never lifted weights before.  Since the topic is strength lets put the isolation work aside and discuss what happens with the big lifts.  For the sake of illustration and keeping my bro card intact we’ll use the bench press as an example.   This young man starts out bench pressing the bar for 10 and since he is a novice and can progress very rapidly (“The Novice Effect” or “Newbe Gainz”) and in 6 months he may be benching 95 x 10 for 3 or 4 sets (hell let’s be optimistic and say he’s benching 115).  His squat may be 135 x 10 and his deadlift might be the same or higher.  Eventually this young man hits a wall and “orbits” a 95-115 lb bench for reps.  He continues doing his isolation work on top of the compounds and realizes his body isn’t changing much beyond the first couple months.  So he program hops for years on end with no real visible change in his physique or his strength.  He tries different diets and always ends up getting fat with no real change in the appearance of his muscles.  He’s skinny fat whether he weighs 195 or 165. 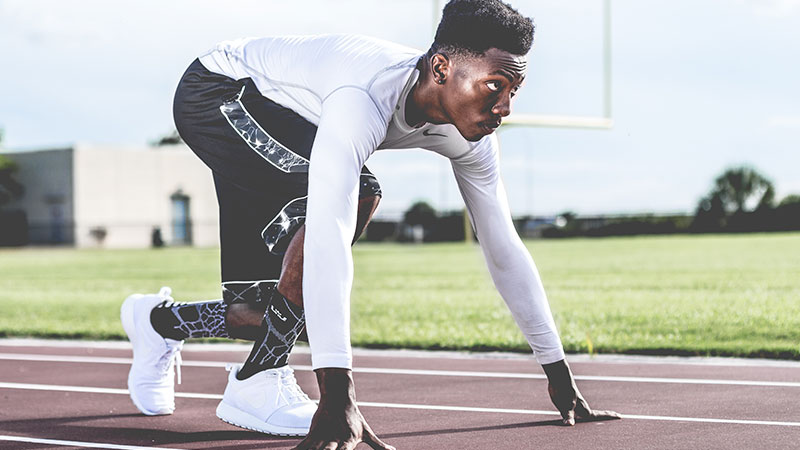 So without getting overly scientific here, lets look at the fact that hes benching less than 135 for reps after several years of “lifting weights.” Yes, these guys exist.  Now for those of you who aren’t aware there was a friendly competition between Tom Platz and Fred Hatfield back in the 80s.  Tom was known for having the biggest wheels in bodybuilding due to his impressive leg development and Fred was known for being the first man to squat 1000 lbs.  In this competition Tom’s 1-repetition maximum was 765 lbs and Fred’s was 855 lbs.  After this, a 525 lb AMRAP (as many reps as possible) followed where Tom completed 23 repetitions and Fred completed 11 repetitions.  The conclusion was obvious: the bodybuilder had more muscular endurance and the powerlifter had more maximal strength.  Whats the problem here though?  THEY BOTH SQUATTED OVER 700 LBS FOR A MAX AND REPPED OUT 525 LBS FOR >10 REPS!!!!!!!  Its safe to say they are both strong men and I’ll extend that statement by saying that they are far stronger than the vast majority of the male species.  Can you say the same for yourself?  The vast majority of individuals reading these articles for help fit the demographic of my hypothetical case study and this information simply does not apply to them.

Now what do we do with this information?  Well we all know a guy who walks in the gym and benches 225 or more for several reps or squats and deadlifts 300-400 lbs with minimal training experience.  He may very well be from Eastern Europe and have delts the size of grapefruits.  He may very well benefit from training like a bodybuilder because he is strong to begin with.  In fact, I was having a discussion about this very topic with one of the gym owners at my gym a few months back.  He stated that he benefited from training in the hypertrophy range when he started out.  I followed up his statement by asking what his first deadlift was.  His response:  365 for reps.   Get the idea?

The rest of us humans who have experienced struggling to lift the empty bar need to add a step into the process.  That step is called getting stronger.   Instead of pluggin away at 95 lb sets of 10, doing your 5s and adding a little weight to the bar every time will go a lot further at this stage.  Size will accompany the strength initially because of “The Novice Effect.”  The Novice Effect is a phrase used by Mark Rippetoe that refers to the process in which an untrained human grows both larger and stronger muscles rapidly by simply introducing a training stimulus and progressively overloading.  Following a simple linear progression comprised of Squats, Overhead Press, Deadlifts, Bench Press, and Power Cleans will accomplish this efficiently.  The specifics of this is outlined in the book Starting Strength: Basic Barbell Training 3rd Edition.  If you want to know the full details of how to perform and program these lifts, buy a copy and read it like the rest of us.

As a Starting Strength Coach, this is where I start the vast majority of my lifters and it seems to work well to provide a foundation of strength so they can get more out of their sport, activities of daily life, or whatever it is they need the strength for. For our purposes, this strength is to be used for bodybuilding. Now let’s go back to our hypothetical lifter and use his bench press as an example.  He is currently benching 110 x 10 for 3 sets.  He comes to see me and I determine his best set of 5 is 130.  Would you argue that pushing his 130 x 5 to 225 x 5 would not result in a visible change?   This result is not unusual provided the lifter eats, sleeps, and microloads his bench press.  For the sake of argument let’s say his pecs don’t grow (which is highly unlikely) and he needs more specialized work.  He can now produce 225 lbs of force when he performs a barbell bench press.  Its safe to say he can probably lift more than he previously could on dumbbell flyes, dumbbell bench presses, and cable and machine exercises.  He can also probably bench press 185 for 3 sets of 10 instead of 130 lbs.   Let’s also acknowledge that this young man is now squatting and deadlifting 300-400 lbs for sets of 5, meaning he can rep out a bit more than 135 for reps now.

Where does this leave us now?  Layne Norton once said “I never saw a guy who can squat 500 for reps with skinny legs.”  In short, those born in the Marvel Universe can dive right into bodybuilding specific work and benefit early on.  The rest of us humans that can barely move the empty bar on the first day are better served getting stronger first. In other words, bodybuilding works better when you are strong. So pick up a bar,  do your 5s, add weight, and repeat :).